My good friend Jerry and I have been planing to go down to Portal, AZ and do some serious deep sky observing around the new moon since about the new year...and finally, after three attempts to head down were thwarted by bad weather, we did make it down at the beginning of this month.  We spent three glorious nights with observing friends extraordinaire Mike Wiles and Chris Hanrahan (AKA ServoChris) under dark and steady skies.

Slowly this blog is turning to more photos than text and I guess that is a factor of being so busy with work.  When I have free time I spend it with family or in my own observatory and do not take much time to write the blog these days.  In fact, I am about to head out to Mount Lemmon for a UA Sky School trip and need to finish up this brief post quickly.  Below I present three images from the Portal trip...one taken of Mars through my 11-inch Celestron Edge HD, and two of the milky way rising. 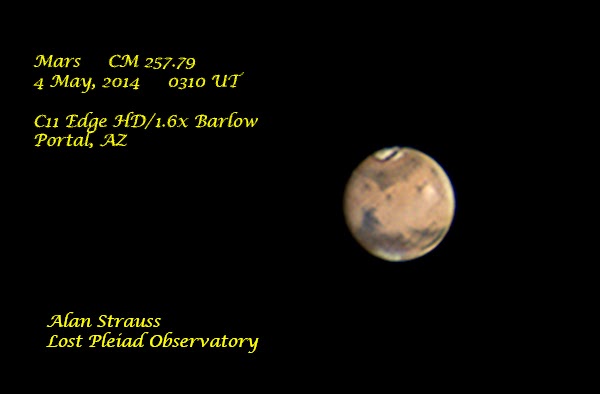 In the Milky Way images below, I was using my new Canon 10-22mm zoom, at the 22mm setting.  These are single 30-second exposures and I used a red flashlight to 'paint' Jerry and myself during the exposures.  I am in the upper image, Jerry in the lower. 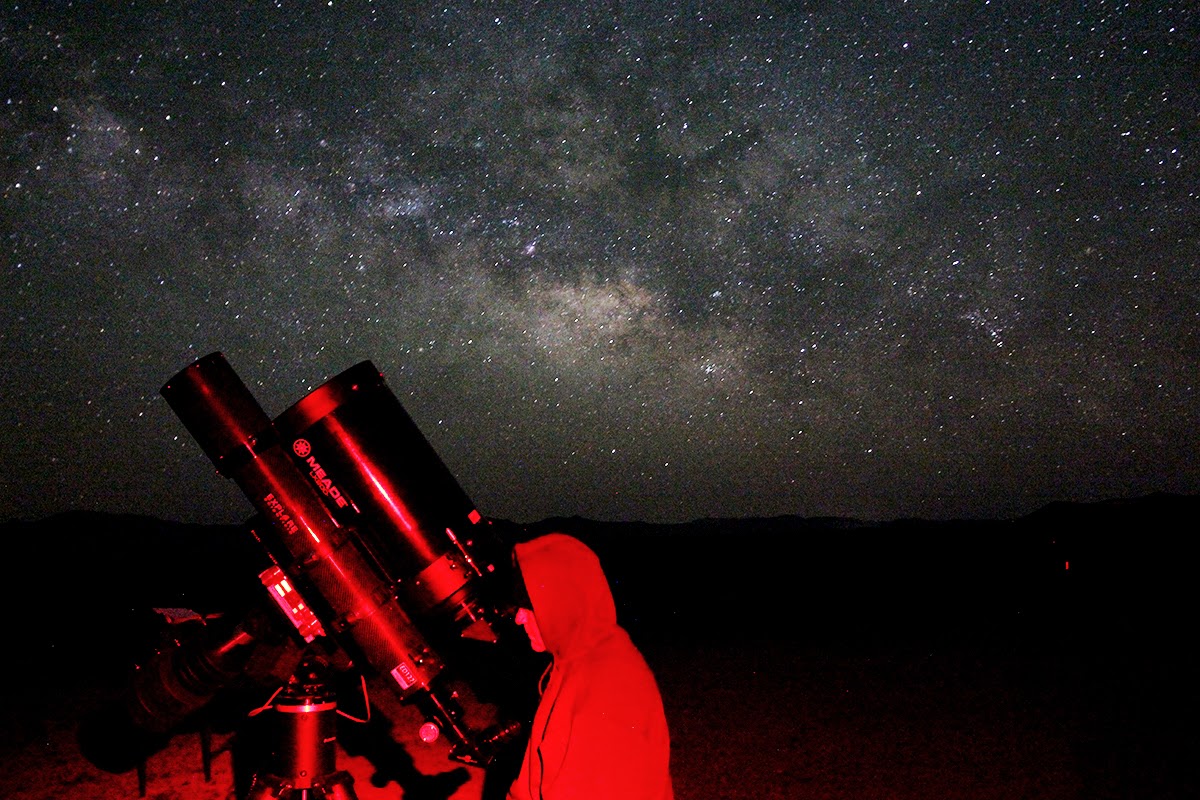 While these images are a bit noisy due to the high ISO, what is notable is the lack of light domes near the horizon. There are now small domes visible from El Paso and Lordsburg that rise perhaps 2 degrees above the horizon in long exposures, but these domes are a bit to the north of this exposure.