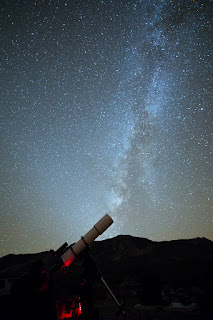 This past weekend I spent in Portal, AZ for what was again a spectacular 4 nights of observing with great friends.  The skies are wickedly dark, and when the atmosphere cooperates, some among us can see stars around magnitude 7.2 - 7.3 at zenith!  Over the years the El Paso light dome has grown slightly to where it can be seen faintly rising about 5 degrees above the southeastern horizon.  It does not impact observing in any fashion, yet it is a stark reminder that even in the proverbial middle of nowhere, our dark skies are a diminishing resource.

The two images of the milky way seen here are each a 30 second shot- taken with my Canon 6d and a Rokinon 14mm wide angle lens.  (At left, you can see my very sexy TEC 140 posing with the Milky Way.)  The picture below was taken with the camera tracking the stars on my Sky-Watcher Star Adventurer mount. 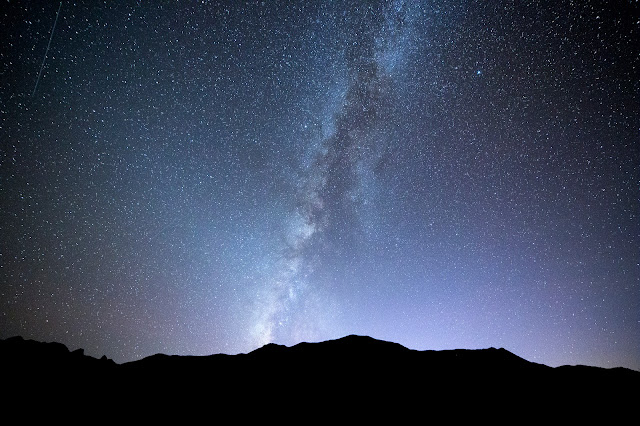 As pretty much everyone has heard, there was a Trident Missile (ICBM) test conducted off the coast of Huntington Beach, CA on Saturday night.  While this is approximately 525 miles northwest of Portal, AZ, the test lit up the sky to the point where the milky way was nearly invisible!  The expanding cloud of vapor from the test rose at least 40 degrees into the sky and appeared to be rather layered.  As we later learned, the layers were caused by the separating stages of the rocket as it rose into the upper atmosphere.  Anyway, after watching this military muscle flexing freak show for a few moments, it occurred to me that I should take a picture of it....so I ran and grabbed my camera and quickly tried to capture it before the missile itself disappeared behind the Chiricauhua mountains just to our west.  Below is an image that represents what we saw, and given how quickly I was trying to get the camera on tripod and working, came out better than I deserved!  I got several more, but this one has a little of everything from the stars to the layers of vapor to the missile itself.  Be sure to click to enlarge it (and this is reduced in size for the blog...thanks Google!) 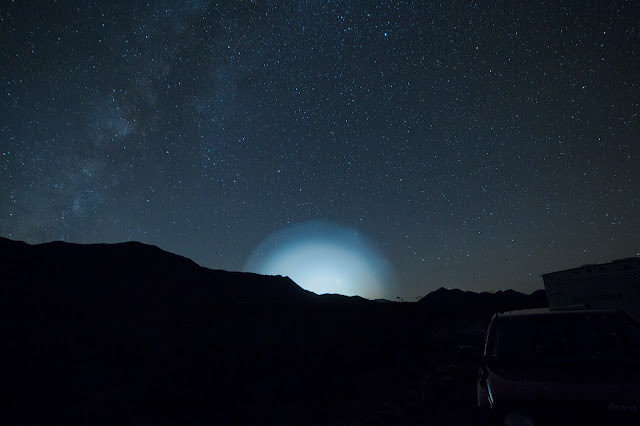