By now, there have been many images of the Total Lunar Eclipse this past Sunday circulating around the internet.  I was leading a public eclipse observing group of about 75 folks so taking pictures was not my primary objective for the evening...yet, I did try and capture some between talking about the eclipse, debunking the "blood moon" nonsense, and generally just enjoying the warm fall evening.

Two images below, one of the partial phase prior to totality, and one image from near totality.  These were taken with my Canon 6D and a 70-200mm f/4 set to 200mm with a 1.4 extender.  There was a slight breeze and I wish I had more time to play with the camera as I would have set the ISO a bit higher in order to capture images a bit faster (resulting in sharper images).   As things were, the images near totality was a 2 second exposure. 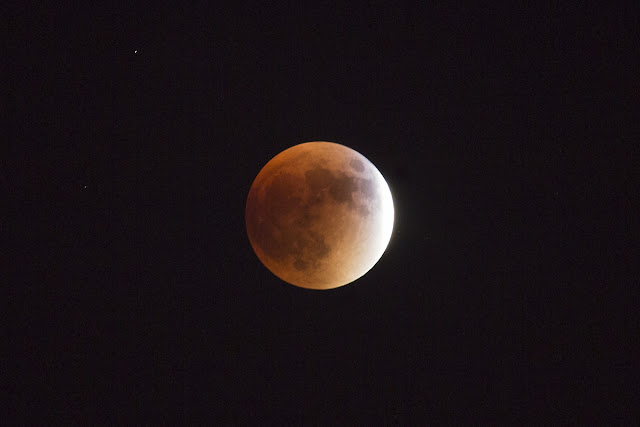 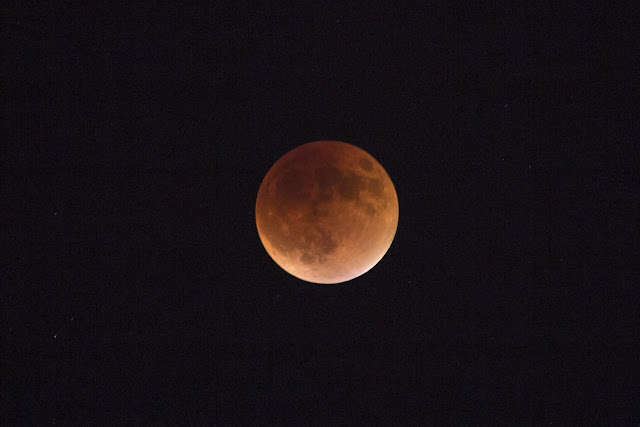