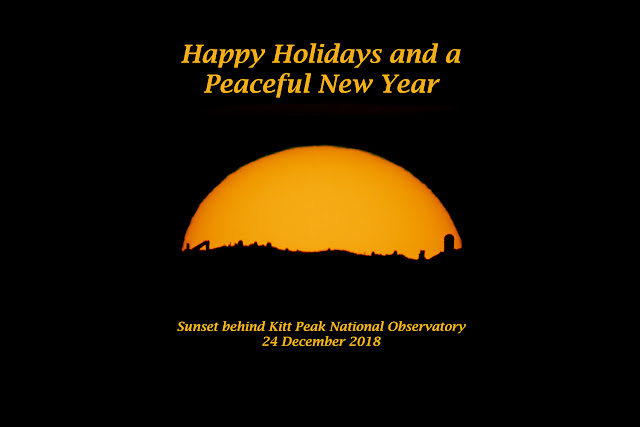 Living here in the USA, things have been a bit surreal over the past year.  As the Great Orange One (GOO) that occupies the office reserved for President has done his best to divide our citizenry and alienate us from the rest of the conscious world, it is sometimes difficult to remain optimistic about our future.  Fortunately, there are events that remind us of our place in the universe; and despite the deep divisions that are being cultivated by the GOO, there are greater forces at work that serve to unite us here on Earth.  There is something about seeing the solar system in motion in a way that we do not witness frequently, that seems to recharge my desire to make the world a better place. 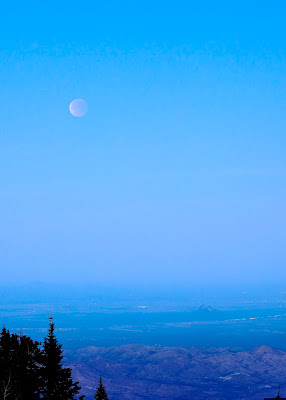 Early this morning we were treated to a widely publicized total Lunar Eclipse.  This eclipse occurred on the second full moon within a calendar month (a "Blue" moon), and also at the time of perigee, when the moon is at the closest point in its elliptical orbit around the Earth (the "Super" moon).  The occurrence of a "Super Blue Lunar Eclipse" is indeed rare, with the last one occurring in 1866, one hundred and fifty two years ago! I observed the eclipse from work, (The Mount Lemmon SkyCenter) where we were providing a live stream of the eclipse for NASA.

The image at left was taken with my Canon 6D and a 70-200mm lens set to 100mm, just before sunrise.  You can see the eclipsed moon hanging in the dawn sky with Picacho peak in the distance at lower right (along with I-10 traffic just in front of it).

Below is a collage of some of the images I captured during the eclipse, using my Canon 6D and my Stellarvue 90mm refractor.  Remember to click to enlarge (perhaps twice if your browser automatically resizes images to fit the window) 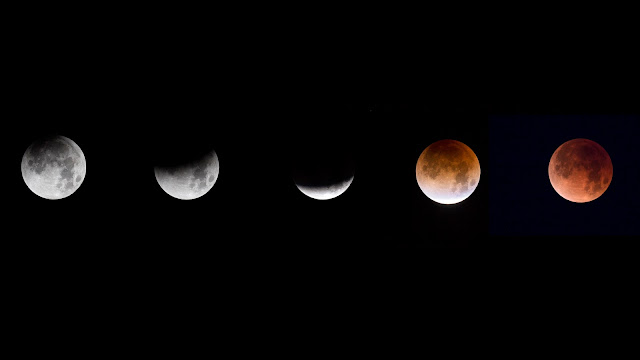 So you missed the eclipse and are wondering when the next lunar eclipse is here in AZ? The next eclipse in Tucson will be on January 20, 2019 starting at 7:36 PM local time.

Finally, my friend Roger who observed and photographed the eclipse with me, had a little fun with my image above... 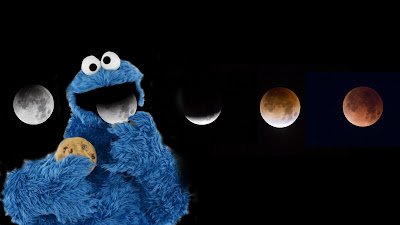 Happy New Year and welcome 2018!  There is much to celebrate!!

It is fitting that 2018 started off for me with an astronomical adventure, as it provided some fodder for a blog post...and in addition, New Years Day is the anniversary of this blog!  It all began here, in Googleland, on January 1, 2010.  While I have trailed off in the frequency of blog posts, my enthusiasm for astronomy remains strong.  The icing on the cake, is that today is the 22nd anniversary of my marriage to the love of my life, Beth.

As for the astronomical adventure, it happened that there was a transit of the International Space Station across the disc of the Sun as seen from central Tucson today.  This is the third time I have observed a transit of the ISS across the Sun, and you can read about the first adventure here, and the second here.

Today, I headed out to Himmel Park in central Tucson with my friends Jerry and Travis and set up my TEC 140 refractor with a Herschel Prism.  At the last minute I decided to use my Canon 6D to record video, instead of attempting to 'burst shoot' the transit.  This would take a lot of stress out of having to touch the camera and capturing an event that lasts approximately 1 second!

Without writing a novel, it was a success!  I am posting the original video at the bottom of this post, and I also created a composite of 32 individual frames showing the transit.  You can see in the composite image below that we were not perfectly centered under the ISS shadow, but we were very, very close. 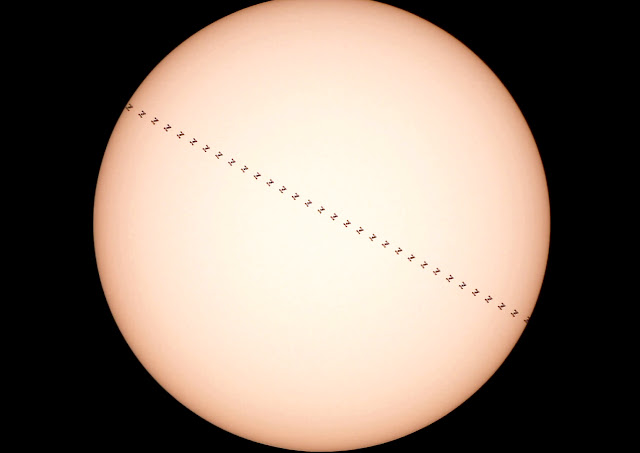 To appreciate the scale here, consider that the Sun is about 93 million miles away and the ISS was approximately 421.5 miles downrange from me during the transit!  Because the ISS is so close, one must be on a very narrow ground track of the ISS' shadow in order to have the transit appear centered on the Sun.  Today's transit lasted 1.4 seconds on the center-line.

The distance of the Space Station today, coupled with it's actual size, translates into an apparent angular diameter of 41 arcseconds- and the Sun is about 1800 arcseconds in diameter.  So the ISS is about 2.2% of the apparent diameter of the Sun...in other words, you could fit about 44 ISS's across the Sun's face today.  You can now appreciate why a video capture is the easiest.

Here is the short video...pay close attention as the transit is only 1 second!  Watch it full screen for easier viewing.