As we say, a bad night in Portal is better than a good night most other places.  I just returned from 3 nights camping with friends in Portal- and while we packed along all our telescopes and other observing gear, we only experienced about 2 hours of observing each of the first 2 nights.  While many would be frustrated with the high cirrus that dominated the skies during our trip, good friends and beautiful mountains more than make up for the lack of celestial delights.

I did take a couple pictures on the second night which are below.  These were both taken with my Canon 6D, a Rokinon 14mm manual lens (@ f/2.8), and were 30 second exposures on a non-tracking mount.  First, is an image of the winter milky way, and notably you can see the star Canopus just hugging the horizon left of center.  Canopus is the second brightest star in Earth's sky, with Sirius being the first.  Sirius is the brightest star in the image...Orion is visible as are the Pleiades, Hyades, etc. 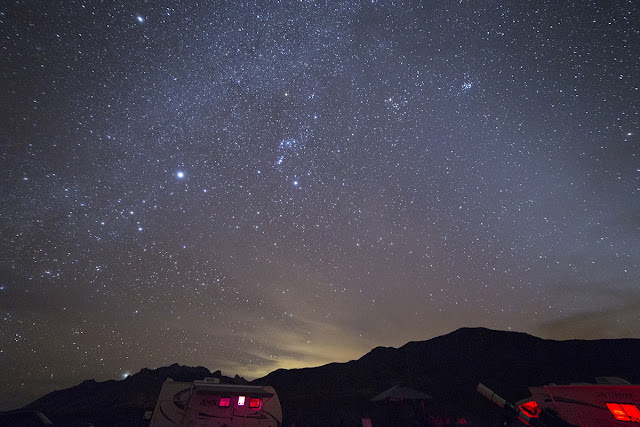 Below is an image of the Zodiacal light as it reaches up toward the milky way.  (The zodiacal light is sunlight reflecting off of dust in the plane of our solar system.) 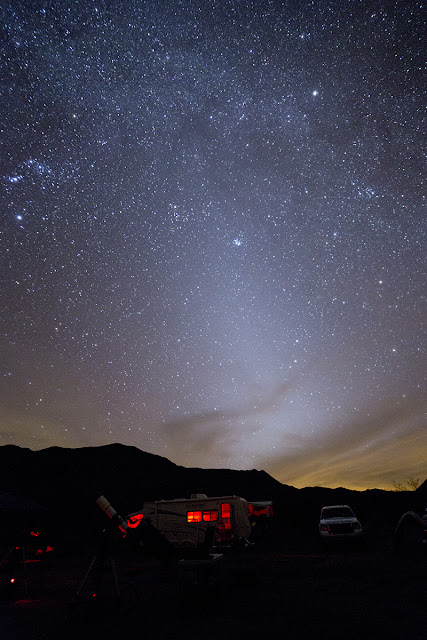 I hope that Spring attempt 2 to Portal, for the April new moon, provides clear skies and great company!