Zodiacal light and a bolide

Going through some pictures this morning and I found one that I took in Portal a couple weeks ago that I thought was worth sharing.  Not long after sunset I was setting up my camera for some late night attempts at the Summer Milky Way, and took the picture below as a test shot to make sure I had the focus set properly.  You can see the setting winter Milky Way, intersected by the zodiacal light, and in the lower right is a very bright bolide.  A bolide is a large meteor that is exploding in the atmosphere (they are often referred to as fireballs).  You can see the green color, which was easily visible to the naked eye.  Unfortunately, this one was on the horizon and not overhead-  Had it been overhead the streak would have been much longer, it would have appeared brighter (less atmospheric extinction of light), and there may even have been a visible vapor trail. 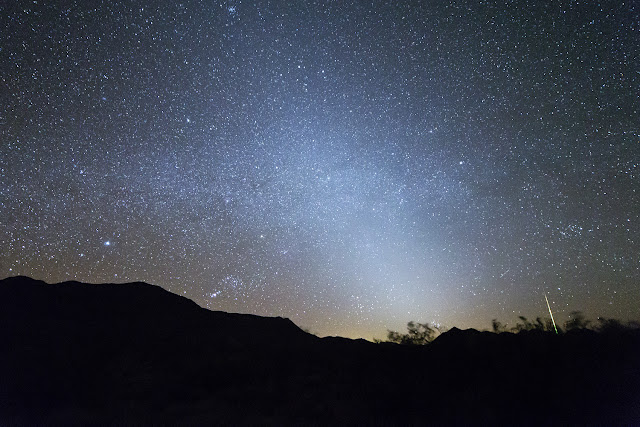