Under construction....but here is the start.... 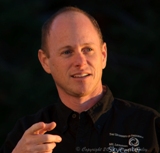 While I have been an active amateur astronomer for nearly 20 years, my fascination with astronomy started much earlier.  Among my early memories related to astronomy are one of my grandfathers good friends who was a professional physicist/astronomer named Dr. Leon Blitzer.  It is a little known fact that at age 33, Dr. Blitzer became the youngest faculty member to attain the rank of full professor at the UA (this was in the early 1950's).  Leon, as I knew him, was a pioneer at the University studying spectroscopy, astrophysics and celestial mechanics.  He was also one of my favorite family friends to see, as he was a big fan of milkshakes and he would bring me NASA lithographs of early images being published from missions such as the Voyager and Viking spacecraft.  How I wish I had those today!

At some point, I received a "department store" refractor as a present, and my dad and I would either haul the wobbly thing up onto the roof or out into the front yard and point it at the moon...we struggled to keep it in the field of view,but the image was always fascinating.  I laugh now thinking back how we would wait for nights with a bright moon, and how we would shield our eyes from passing cars headlights as if we needed our night vision to look at a bright washed out moon...and the struggle to get the telescope pointed at an object, either not having or not knowing how to use a finderscope...again, I wish I knew what happened to that telescope...

Other great memories include the yearly overdose on sugary drinks (Capri Sun was a favorite) and snacks (Reese's Pieces) as my best friend Blake and I would try and stay awake to watch the end of summer Perseid meteor shower from the driveway...I remember the experience and friendship like it was yesterday, but have no recollection of ever seeing a great meteor shower!  We were probably too busy talking about girls...

Much later, not long after my son was born, I was in Costco shopping for diapers, and noticed that they had a Meade ETX telescope for a great price...I couldn't resist.  The rest, as they say, is history.  I used the little scope until I literally wore out the drives and have been slowly investing in equipment since.

The best way to describe my observing is simply to point you back to the main page of the blog where you can read of my adventures...and to the observatory history page where you can read the story behind the name of the Lost Pleiad Observatory.  Suffice it to say that I enjoy solar, planetary, and deep space observing along with the occasional comet or ISS pass.  Did I leave anything out?

Professionally, I hold a PhD from the College of Education at the University of Arizona.  For several years I volunteered as a telescope operator at the Flandrau Planetarium Observatory providing visitors to the observatory with views through the telescope.  Several years ago I was hired as a program leader at the Mount Lemmon Sky Center, where I now serve as Director.

...send me an email at lostpleiad@gmail.com if this was not enough!